I just have a few minutes, but I’ve been meaning to post this since Tuesday…  After my 8-ball league, I played a teammate some cheap 9-ball sets… it turned out to be a great time.  My 2 personal “super shot of the match” moments are below:

He played safe on me, and after a long while of looking around for various options and really not trusting the 1-rail kick with english (to avoid the side-pocket), I opted to go 3 rails at it.  It worked and I got a rewarded even. 🙂 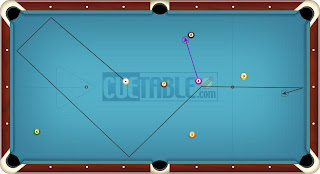 A few games later I ended up nearly dead straight on the 7-ball.  Earlier in the night I hit a power-draw shot in this situation and actually overran position, so I was hesitant to do it again.  Instead, I cheated the pocket a bit and loaded it up inside-force-follow to back down-table. 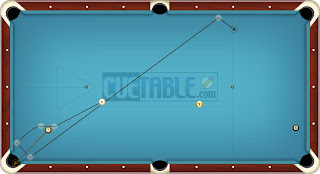 I am REALLY liking my new stroking skills – as well as my new diamond systems. 🙂